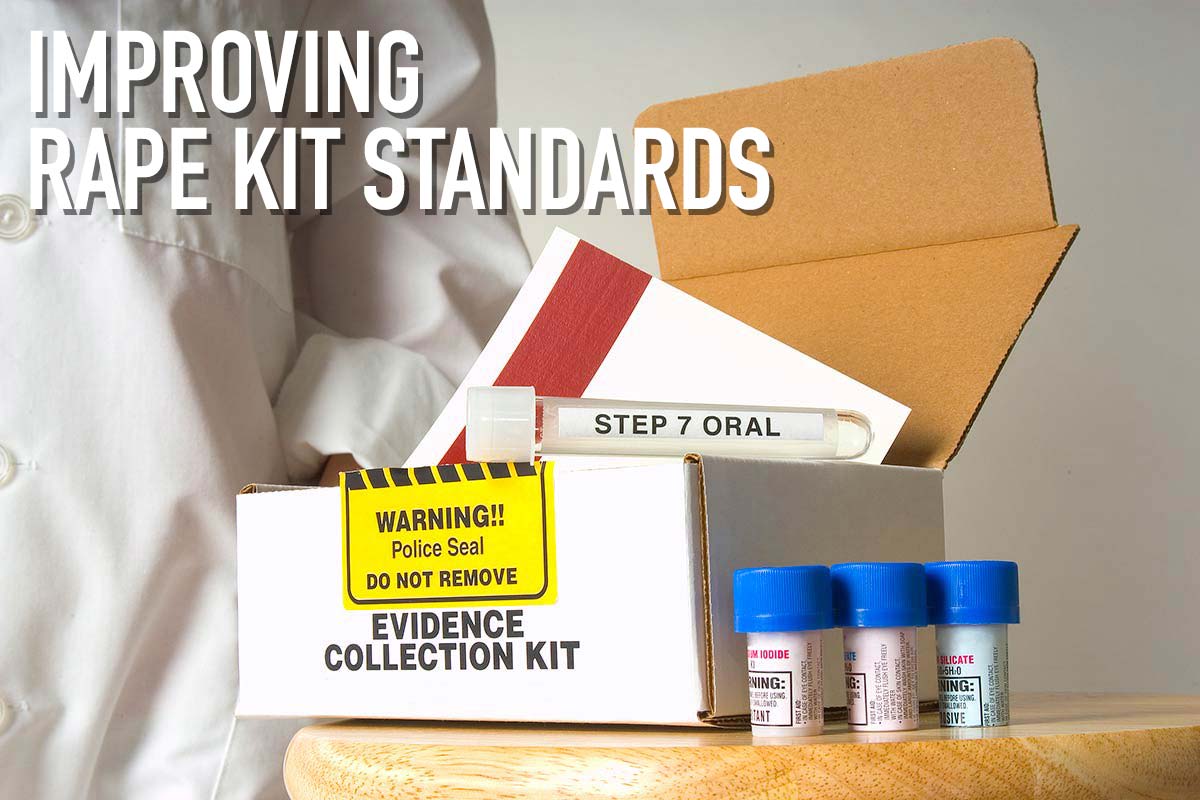 Although anyone can be subject to rape, not every survivor has access to a rape test kit, and the rape kit standards of those that are provided and processed are often not adequate. Many kits are left unprocessed in forensic science labs or in law enforcement facilities, a fact that both the California Legal Team and Rep. Melissa Wintrow hope to change.

After Rape: Rape Kits and the Law

After a rape has occurred, survivors can request a rape kit to ensure that physical evidence of their ordeal is preserved for further use in legal cases. It is recommended that rape survivors immediately go to a hospital or law enforcement agency, to ensure that the largest amount of evidence can be collected and documented. Although many survivors feel the need to thoroughly clean themselves and change out of their clothing, there is a large possibility that this will destroy evidence that could otherwise be used to secure a conviction and put a rapist behind bars.

The law requires that rape kit examinations are performed by medical professionals. In certain hospitals and health facilities medical staff have received specialized training on how to perform rape kit examinations. In the United States, many hospitals also have sexual assault nurse examiners (SANEs), who are specially trained to collect and preserve forensic evidence in cases of sexual assault, while simultaneously providing victims with support and guidance. The process of collecting evidence can take anything from 2-5 hours and is a highly invasive process.

Rape Kit Testing: Why The Backlog?

Once an exam has taken place, the evidence will be sealed and sent to a local police station, who will open a rape investigation and send the kit to a forensic lab. If a rape survivor is still on the fence about opening a case against their assailant, the rape kit will be stored at the exam facility or the law-enforcement facility as an anonymous kit.

Across the United States, there has been a massive backlog of untested rape kits. At the time of writing this article, there were 13,615 untested rape kits sitting in laboratories and law enforcement facilities in the state of California alone. In 2014, California enacted a law that encourages law enforcement to submit rape kits within 20 days of receiving them and instructs forensic science labs to process the evidence no later than 120 days after receiving it.

Rep. Melissa Wintrow, a Democrat from Boise, Idaho, has been working tirelessly to change the way rape kits are processed. Her goal is to see all rape kits tracked and processed as soon as possible, as well as ensure that kits are properly preserved. By ensuring that all backlogged kits are tested, documented and appropriately preserved Wintrow hopes to decrease the state-wide stigma surrounding rape and the collection of evidence after rape.

According to Wintrow, “victims who have suffered a trauma are more likely to be retraumatized by a system they feel has forgotten them.” She also believes that sexual assault is one of the most underreported crimes in the country, and thus creating a transparent and accessible system for reporting, tracking and processing rape kits will help survivors of rape feel more secure.

Wintrow would also like to ensure that rape survivors are able to report their rape, regardless of their financial situation. On average, survivors of sexual assault are forced to pay $1,000 out of their own pocket. Wintrow would rather see the state paying for rape kits and rape kit processing, as opposed to forcing survivors to pay for their own assault.