I Was Sexually Violated, But No One Believed Me 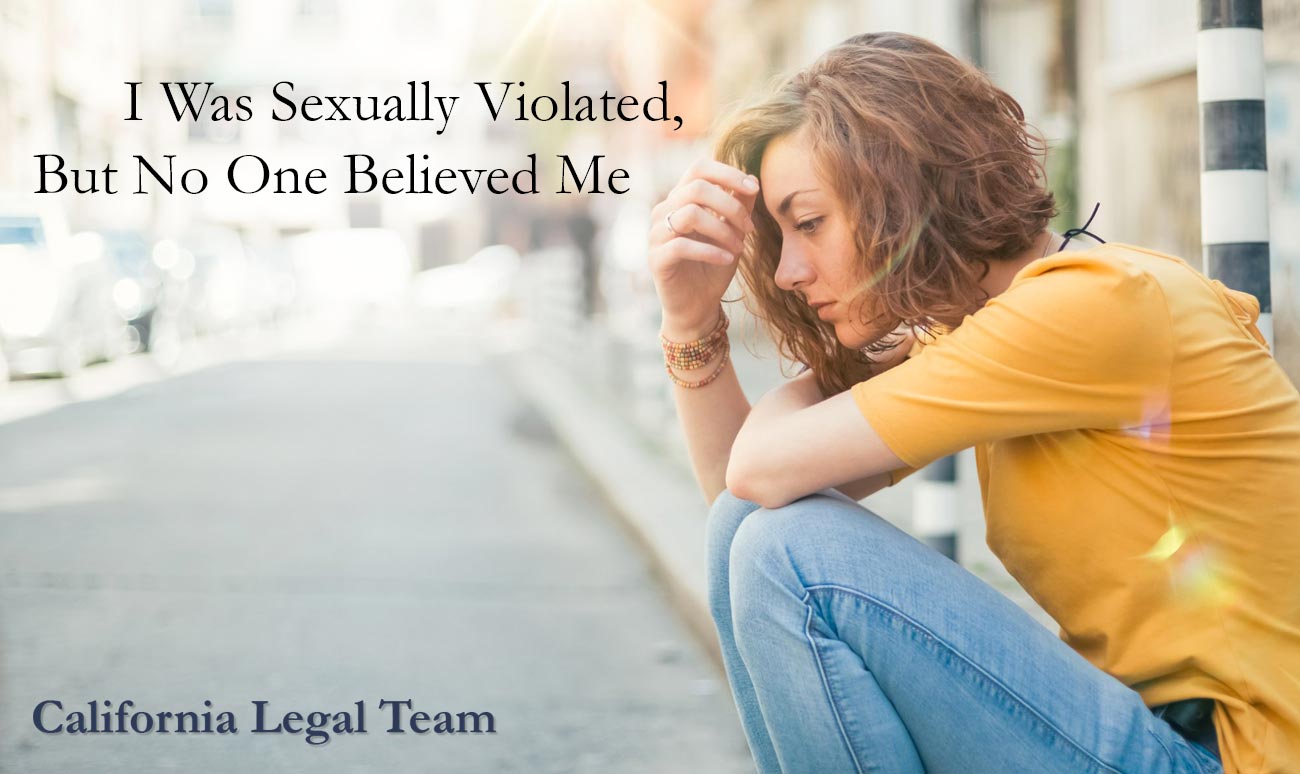 In the United States, a person is sexually violated every 98 seconds. If, at the end of each day, every person who experienced sexual assault reported their experience to the relevant authorities, American courts would try roughly 881 sexual violation cases every single day. Why, then, does society refuse to believe survivors when they do come forward and tell their story? While there are many different factors that contribute to this fact, two of the primary reasons cited are: victim blaming, and a reliance on physical evidence.

A Culture of Victim Blaming

We live in a society that blames victims of crimes for the crimes committed against them. A prime example of victim blaming is the “what was she wearing?” narrative, that often accompanies conversations about sexual violation, assault or rape.

One theory for the existence of victim blaming is known as the ‘just-world hypothesis/bias.’ First formulated in the 1960s by a man named Melvin Lerner, the just-world hypothesis suggests that people who view the world as just tend to blame victims for their own misfortune, simply because bad things can’t happen to good people. In an interview with The Guardian about victim blaming, Sherry Hamby, a professor of psychology at Sewanee University said, “(t)here’s just this really powerful urge for people to want to think good things happen to good people and where the misperception comes in is that there’s this implied opposite: if something bad has happened to you, you must have done something bad to deserve that bad thing.”

Considering the just-world bias as reasoning for the existence of victim blaming, it isn’t surprising that survivors of sexual assault don’t come forward to report what happened to them for fear of being blamed. There are countless examples of people reporting sexual assault and being ignored, simply because society believes it is their own fault.

A Lack of Physical Evidence

One of the main reasons society chooses not to believe sexual assault survivors is because they frequently do not have evidence of the violation. Without physical evidence, surely the person could just be lying? The idea that people make accusations of sexual assault in order to maliciously destroy someone else’s life is pervasive throughout modern media and society – take, for example, the recent cases against Hollywood mogul and serial sex offender Harvey Weinstein. Although the cases only came to light recently, many occurred over 20 years ago. In situations where survivors have nothing more than their word as evidence of sexual violation, they are often treated as liars or are simply ignored. This can make coming forward particularly difficult, and even more so when survivors are accused of lying in order to garner fame or ruin someone’s life, as the Weinstein accusers have been.

How to be Heard

It may seem incredibly daunting to come forward and report a sexual violation when the legal system seems set against you, but remember, there are California sexual assault attorneys who will listen to your story. While there are no specific guidelines to follow in order to ensure your story will be heard, these steps often work well: