How Subtle is Too Subtle When it Comes to Sexual Harassment? 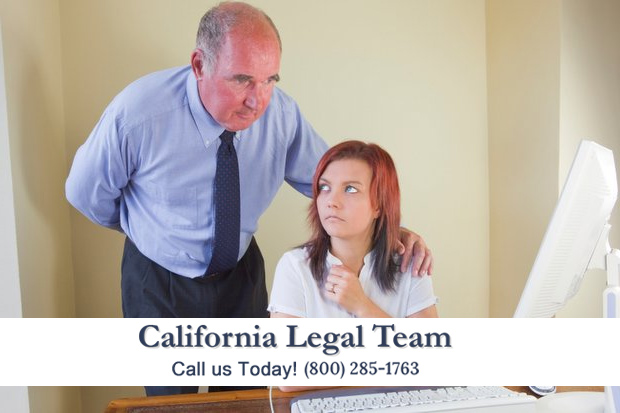 The first is quid pro quo, which is when a superior demands a sexual favor in exchange for a promotion or any other job benefit. The second is hostile work environment harassment. This usually consists of more subtle behavior. It is harder to stand up to or complain about this type of sexual harassment since it may be so subtle that you are forced to awkwardly laugh it off and tell yourself that you are imagining it. This is, for instance, when your co-worker brushes his leg against yours one too many times in a meeting or your co-worker tells a gender-biased and offensive joke.

The problem with such encounters is that they are easily brushed off by the harasser as innocuous actions. They are also more difficult to prove in court. You are therefore well advised to approach a sexual harassment attorney in such cases as they can help make your rights clear to you, advise you on whether or not yours have been infringed, and help you obtain the necessary evidence if this is in fact the case.

Although most employees are well aware of what is not permitted, some still manage to stumble upon grey areas. This can make the environment in which you work uncomfortable and sometimes even unbearable. Even something as silly as a joke at the expense of a disadvantaged group can also be a form of subtle sexual harassment. Victims often laugh it off as they do not want to seem uptight or unsociable. Another common coping mechanism amongst those who have fallen victim to such cunning forms of sexual harassment is to ignore the behavior in hopes that it will go away. Sometimes the victims even join in so as to avoid showing that they are bothered by the jokes.

Another example of subtle sexual harassment is in the form of electronic communication. Since communication takes place mostly through tone and body language, it can be very easy to misinterpret a text, an email, or even a tweet. It is thus helpful to keep any electronic communication with colleagues to work-related topics only. Your Facebook page is also a platform you should be wary of. If you happen to have many colleagues on your friends list, perhaps publishing a vacation photo of you in a bikini is not the best idea, as it opens up opportunities for inappropriate behavior. Even a like on an inappropriate photo can sometimes be misconstrued as an unwelcome advance.

Such forms of sexual harassment can be problematic as victims are more afraid to confront it for fear of ‘over-reacting’ or being labeled too ‘dramatic’. This is especially true when the harassers brush their conduct off as a ‘joke’. You should never let yourself be made to feel uncomfortable by the unwelcome advances of colleagues, no matter how subtle. If you are uncertain, document the incident. If there are other such instances of harassment be sure to document all of them too. The more reported incidents you have, the easier it will be to draw an inference of sexual harassment.